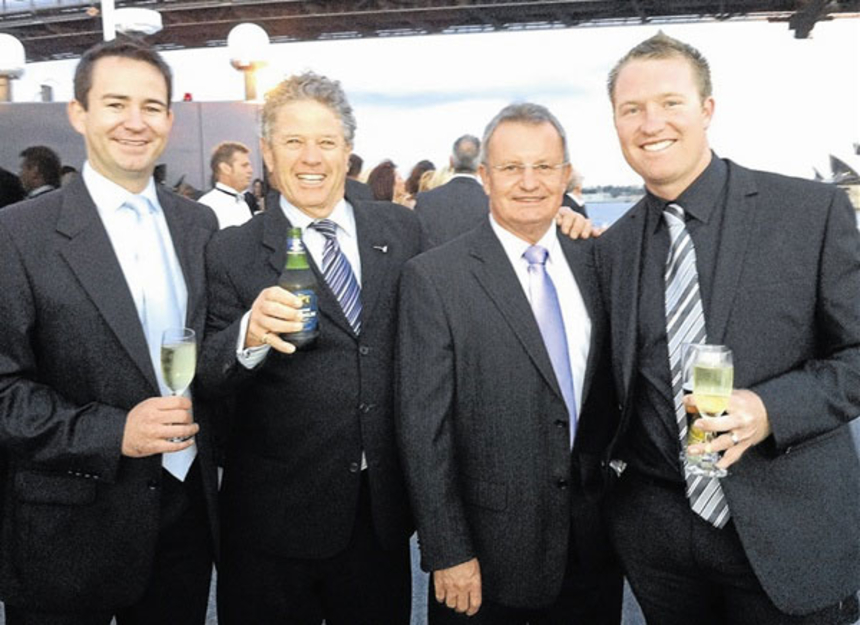 For the second time in two years Mudgee real estate agency The Property Shop has cleaned up at the Australasian Real Estate Results Achievement Awards.

Presented at the Sydney Convention Centre on Monday, The Property Shop was crowned Australasian Rural Agency of the Year for the second consecutive time.

And the local agency was again in the spotlight when agent Lucas Sheppard won the Australasian Regional Agent Achiever of the Year.

In 2011 The Property Shop’s Damian Kearns was presented with the regional agent award and he was a finalist to Mr Sheppard on Monday.

The Property Shop principal Hugh Bateman said he was overwhelmed by the agency’s accolades.

“To be recognised as the top rural agency among Australia and New Zealand, from 133 nominations, is just amazing. I’m proud as punch,” he said.

“Everybody in the office deserves the award because we are a very close and dedicated crew.”

Mr Bateman also said the award paid tribute to hard working, loving and caring staff during what were some tough times for him and his family.

He said the Regional Agent Achiever award was a remarkable achievement for Mr Sheppard.

“Lucas was away for two months of the year in Canada after he was married so to win the award with 10 months of sales service is amazing,” Mr Bateman said.

He said the award was based on sales service from turnover of listings to number of sales and overall productivity.

“He [Lucas] was against some gun agents from here and in New Zealand and to be a finalist along side Damian [Kearns] was also pretty special.”