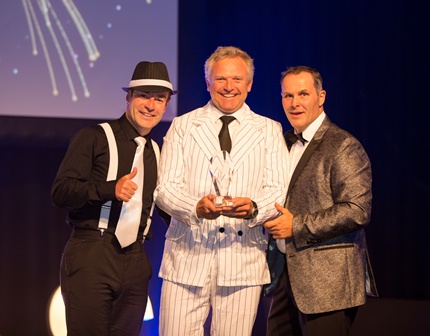 It also won “community achievement” for its role in raising $275,000 for Shotover Primary’s playground through selling a Shotover Country home.  The Roaring Twenties-themed awards were hosted by the Real Estate Results Network.

It was Hoamz’s first year in the awards and marketing boss Sue Charlesworth says the wins were unexpected due to the high caliber of entrants.  The applications drew on all elements of the business, from sales results to customer satisfaction and management.

“It was a huge team effort and we couldn’t be happier.”